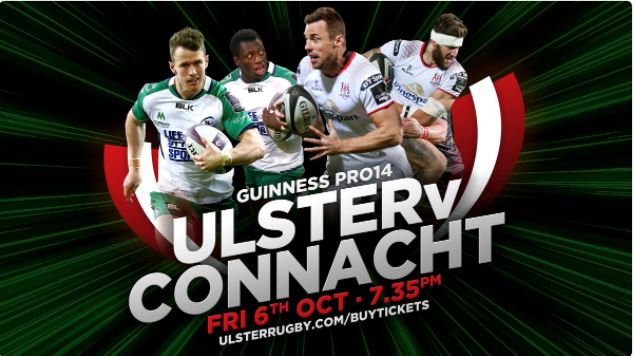 Connacht travel to Belfast to play the first Interpro of the season on Friday Oct 6, 2017. Here are some stats on the meetings between the sides in the Celtic League/PRO12/PRO14: