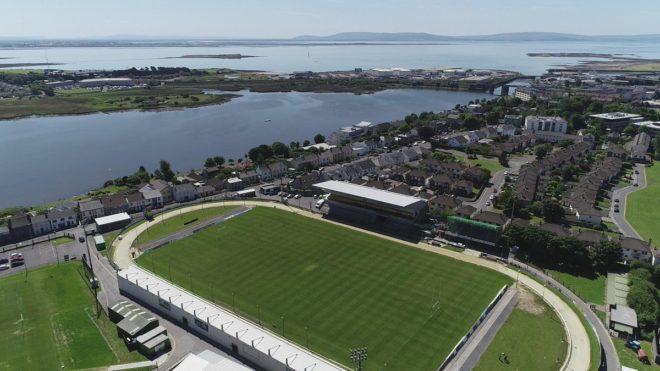 Connacht must turn their positivity into points on Saturday when French side Bordeaux-Begles visit the Sportsground for this year’s opening European fixture.

Although Sale Sharks are top seeds in pool three, and Connacht are seeded second, Saturday’s visitors are expected to provide a tough opening assignment. Currently in eighth position in the Top 14, with three wins and a draw from their seven games to date, the squad contains a host of New Zealand, Australian and South African players with vast experience.

Connacht, however, will be looking to capitalise on this week’s feel-good factor at the Galway Sportsground, coming hot on the heels of their first Ravenhill win in 58 years, and this week’s announcement of an exciting new stadium development for the province.

The timing is perfect for Connacht need to set the tone for this year’s competition.

Interestingly the two sides have met on one previous occasion – in the 1997/98 competition when Connacht made history when they became the first Irish province to win on French soil. Warren Gatland was the man in charge when they claimed a hard-fought 15-9 victory in a hostile environment, but it paved the way to Connacht’s first quarter-final which they lost away to Agen.

Personnel have changed, but Bordeaux will still arrive boasting big, powerful and confident players, and that physicality is something Connacht will need to deal with.

Although Connacht have never won the competition, European rugby has traditionally provided the province with some of its most memorable occasions. And this year, with growing momentum in the Pro14 league, Connacht believe they have a real opportunity to make their mark in Europe.

“There is good momentum and a really good feeling around the Sportsground at the moment,” says defence coach Pete Wilkins. “The Ulster result is one we are very proud of, while recognising we could improve from that performance. To have that win was big in terms of the club as a whole, and the stadium announcement is massive for everyone on and off the field.

“There is a lot of belief and mutual support among players and staff. It is a really united group and that is exactly the sort of place you want to work in, and the environment you want to be a part of. To have that going into a big European game is terrific and hopefully we can use it to our advantage,” he says.

Connacht spurned a super chance to qualify for Champions Cup last season when losing the home quarter-final to Gloucester, and although they face Sale Sharks and a second French team Perpignan, Connacht are taking the competition seriously.

“This club has a proud record in the Challenge Cup and has given us wonderful moments,” says Wilkins. ” We take the competition very seriously, and we are looking to win this weekend and progress as best we can.”

“It’s important we start at home because we pride ourselves on our performance in the Sportsground with a big vocal crowd behind us. Each game in this group will come with its own challenges, and we are happy to start with Bordeaux at home. In many ways it could be the perfect draw.

“If you get good results from the first two, one home and one away, that sets you up nicely for what is to follow. If you do get wins early, it can change the other team’s mindset the next time you play them,” says Wilkins.

“It will be a big challenge, but one that everyone is buzzing about, and to have a French team up first adds an extra bit of spark to the season after two tough interpros. So in terms of a different focus and culture, it is worthwhile because it lifts bodies and minds, and it is certainly reflected in the way the team is training this week. They are energised by it.”

Bordeaux have shown their ambition this season, which began with a pre-season tour of South Africa, thatr included the likes of Crusaders and All Blacks wing Seta Tamanivalu; Wallabies Nick Frisby and Leroy Houston, and former Sharks lock Jandre Marais. Add in Brock James, and this team will present Connacht with a massive challenge if they bring their A team.

Unlikely to start for Connacht are Kieran Marmion (ankle ) and Tiernan O’Halloran (calf ), who are both awaiting scan results following their injuries in Belfast, while Tom Farrell is following return to play protocols for a head knock, and is likely to be rotated out of the match-day squad.