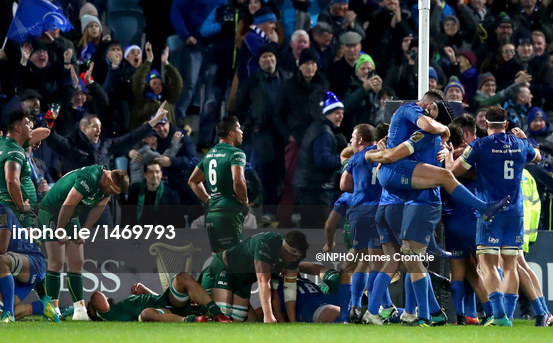 Connacht played like champions for the majority of their match with Leinster but the eastern province won like the champions they are in a great rugby match.

William Davies and Alan Deegan take you through the game and we hear from Andy Friend, Jack Carty and Leo Cullen after an astonishing rugby match.

Linley MacKenzie and Dave Finn try to analyse a match that takes some amount of analysis.