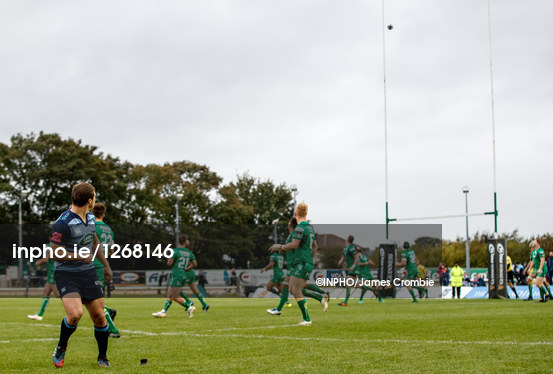 Connacht crashed to a second consecutive defeat to a Welsh team as they conceded a late, late try at a windswept Sportsground.