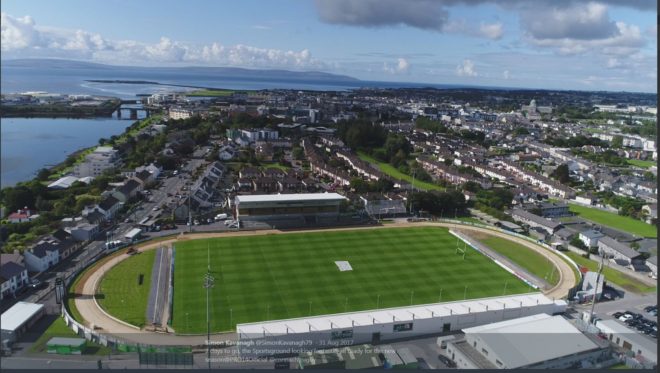 Game two of the 2018/19 Guinness PRO14 season, and already the pressure is on Connacht to
deliver a winning result when former coach Michael Bradley returns with his improving Zebre outfit on
Saturday (5.15pm ).

A one-point loss to Glasgow last Saturday was a disappointing result given the control Connacht exerted for long
periods, but expectations are that much higher against a Italian outfit that has only once left the Galway
Sportsground victorious.

That was last February when they lost 19-11 in what was probably the nadir of a see-saw season that contrasted
with three home wins against the Irish provinces, and as a result Connacht will be more prepared mentally for
Saturday’s visitors.

The bottom line is a victory, and the Connacht management and players know it.
Backs coach Nigel Carolan says Connacht expects to win if they perform in attack and defence.
“We expect to score and we expect to keep them out, and that is what we have been delivering in the pre-season
and that is what we expect of ourselves. It is not going to add to the pressure we put on ourselves, it’s about
maintaining standards.”

Connacht are particularly aware of Zebre’s unpredictable attack that cut them apart twice last season to record a
first double, heightening the need for an improved defence that allowed Glasgow to bag four tries last weekend.
“Zebre’s attack can be very loose, it can be ragged, it can be haphazard, but it’s also very dangerous because it can
be unpredictable. It very much revolves around Carlo Canna, and he’s very effective, but any chance they get to
speed it up, offload, get in behind, to grubber, to make it ugly, it seems to suit them.

“So we don’t want to be dragged into an arm wrestle. It is very much about us maintaining our attack structure. We
have to be direct as well, and cannot afford to get loose, because they are very dangerous.”
Defensive frailties on the fringe and poor restarts played into Glasgow’s hands last weekend, but Carolan says
Connacht have made changes that will work.

“We have a new system in restarts, so the main thing is to be patient with the system we are implementing,” he
says of the new starting pods which involve backs and forwards.

“It is something Andy [Friend] has brought in from the Sevens. In his experience, backs are more athletic, so when
the ball goes in behind, they have to be able to deal with it. It is very simple, but it’s just an awareness to the new
system.

Ireland scrumhalf Kieran Marmion and centre Bundee Aki have returned to full training this week. Marmion is
expected to line-out, but Aki may need to wait another week as per an IRFU agreement.

Connacht were also awaiting an update on No 8 Eoin McKeon after taking another knock to his shoulder, while
Robin Copeland is “close” to a return from a quad twinge. Good news is the return to full fitness of experienced
hooker Tom McCartney.