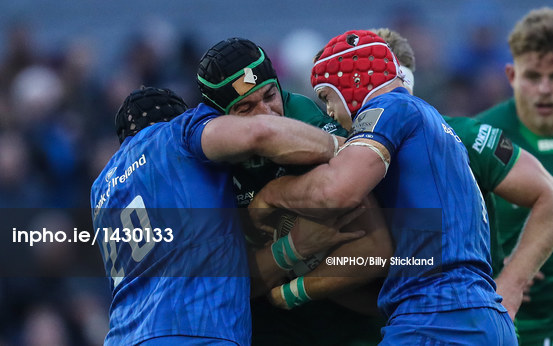 A fully loaded Leinster taught Connacht a lesson in ruthless efficiency in both defense and attack as they avenged their defeat from last season.

Rob Murphy, Linley MacKenzie, William Davies, Dave Finn and Alan Deegan dissect the match and we hear from Andy Friend, Dave Heffernan and Leo Cullen as they give their thoughts after a hugely intense first interpro of the season.