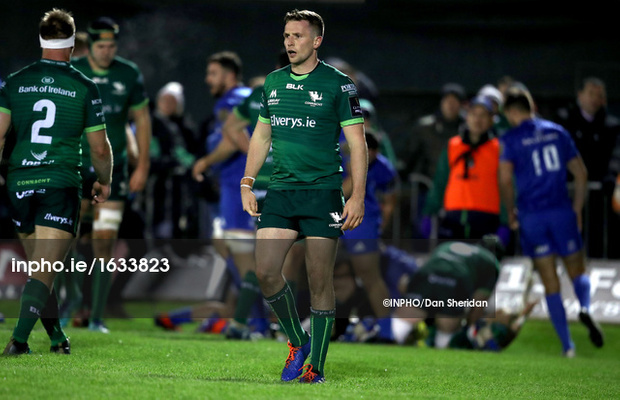 The defending PRO14 champions had secured a try bonus point and the game by half time, but it was the first 20 minutes where the game was won and lost.

Leinster dominated the contact, both in defence and attack. They consistently broke the gain line with ball in hand, and after surviving Connacht’s initial flurry of attacks, Leo Cullen’s team dominated on the defensive side of the ball too.

It took Leinster only 7 minutes to score their first try, 4 minutes after Connacht kicked their first penalty.

In the build-up to their try, Leinster managed to break the gain line 7 times out of 7 attempts, whereas Connacht only managed 5 successes off 12 carries to get their penalty.

The lack of a chop tackle on the marauding Andrew Porter was a key element in the Irish international dragging 3 men over the line on his way to score.

The second try was even more impressive. While Connacht managed to prevent Leinster from breaking the gain line as much in the buildup to this try, restricting them to a total of 1 gain-line success out of 11 in this phase of the match, it was a bit of over-exuberance from Bundee Aki in joining a ruck from the side that allowed the visitors to maintain possession, something that they hadn’t conceded since scoring the first try.

Leinster kicked the penalty to the corner, set up their maul and drove over the line.

The disparity power and nous between the inexperienced Connacht second row, who had started a total of 12 professional rugby matches between them, compared to the Leinster duo who not only had 106 international caps between them but both were taller than their opposite number and 12Kg heavier than them too, came to the fore with Leinster’s maul demolishing the Connacht defense for Ronan Kelleher to dot down for a second time.

Connacht showed their bouncebackability after half time by only conceding an intercept try, while scoring a peach of a try themselves. They held onto the ball more, having 60% possession as compared to 31% in the first half, and used the wind at their back to greater effect with 56% territory compared to 24% in the first half.

After a similarly definitive defeat to the eastern province at home last season, Connacht took the learnings from that match and went on to win 7 of their next 9 games, will they be able to achieve the same sort of success in the next 9 weeks, it’s a big ask considering the injury list, the higher quality of Champions Cup rugby as against Challenge Cup rugby and 3 more Interpros thrown into the mix. Challenging times ahead for Andy Friend’s men.