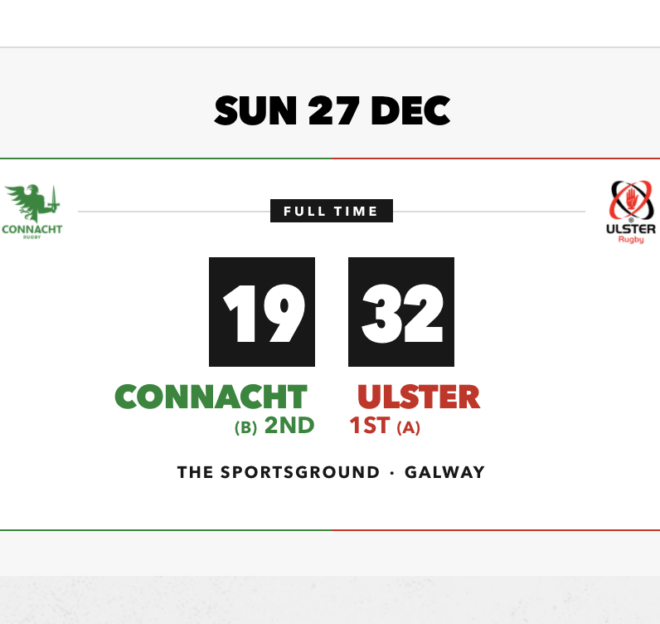 Connacht’s suffered a hefty blow to their season’s ambitions with an insipid second half display in the Sportsground which saw them lose to a fired up Ulster. The home side failed to back up a solid first half display as they conceded too many penalties and too much ground in contact which gave our northern neighbours a comfortable 13 point victory in their first away win in the interpros for 5 years.

William Davies and Alan Deegan take you through the match while the podcast is hosted by Rob Murphy.