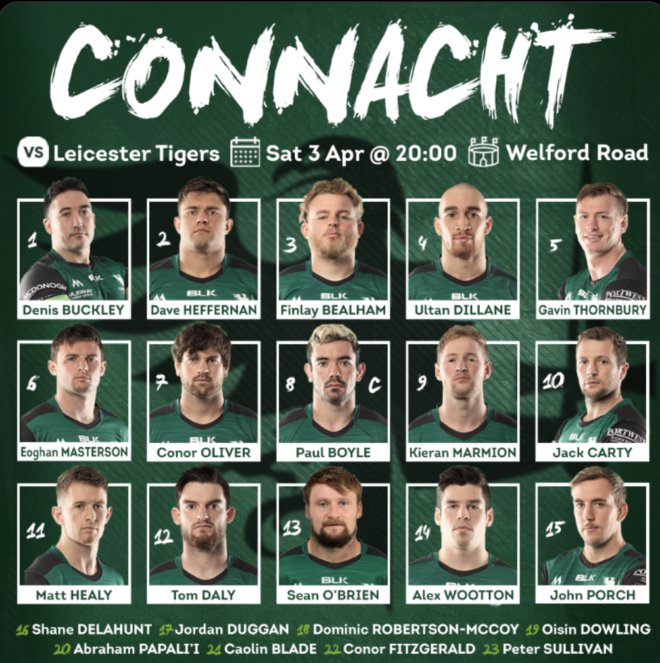 It’s a European knockout match and there has been some more big news from Connacht this week so a bonus podcast is needed.

William Davies interviews Pete Wilkins about the team selection for the Leicester match as a well as getting a little insight into Wilkins new role as Senior coach for next season.

William also interviewed BBC Leicester’s main rugby commentator Adam Whitty about the surprising team selections that Leicester head coach Steve Borthwick has made for the match, with effectively a 2nd string team being put out to take on Connacht.

William is joined by Alan Deegan to talk about the shock news of Jimmy Duffy’s impending departure as forwards coach and quickly look at the 2 new appointments to the coaching staff for next season, Colm  Tucker and Mossy Lawler.