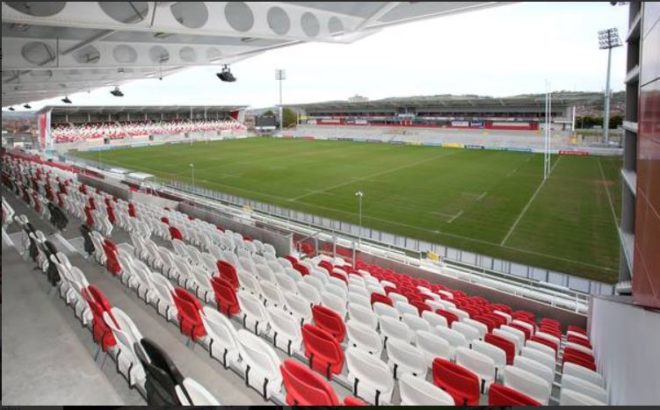 Connacht, boosted with a try bonus performance last weekend, will be looking to step up another level when they travel to Belfast for this season’s first Guinness PRO14 interprovincial tomorrow evening (7.35pm).

Not favourites by any means, but Connacht will still believe they have every chance of breaking a 57 year hoodoo if they produce an 80-minute performance for the first time this season.

There will of course be a backlash from Ulster, who suffered a rare defeat to Zebre in Italy, and Connacht will not find it as easy in Kingspan Stadium as Michael Bradley’s side did in Parma.

However, this Connacht side, slowly making gains under new management, could do nothing better to turn their season around than with Ulster’s scalp – remember a famous win over Toulouse that changed Connacht’s future under Pat Lam.

There are more injury concerns this week – the most significant a knee injury to Jake Heenan who is to see a specialist this week. It is untimely for the former New Zealand U20 captain who looked closer to returning to top form against the Scarlets in a new-look back row.

However some good news is the possible return of PRO12 winning winger Matt Healy, having recovered from a groin strain.

He will be assessed later in the week to determine his availability.

And with Also Niyi Adeolokun, who is involved in “modified contact”, lock James Cannon, scrumhalf James Mitchell, and backrow Naulia Dawai progressing, but not available this week, the squad is beginning to look more competitive as it heads into a tough series of away fixtures.

The stats, however, still read just one win from their first five outings – had Connacht turned two losing bonus points into victories, they would have been sitting just three points behind Munster.

It does not get any easier with Ulster on Friday.

“Physicality is something we have come to expect and are preparing for. Our defence is a work in progress, and the biggest issue for us defensively is when our slips have come, they have been pretty obvious slip-ups.

That has been disappointing, but on the plus side they are controllable. It’s about decision making and making sure we wrest control of those big moments in games rather than letting teams off the hook, having put them under consistent pressure.

Ulster, he says, have some key players. “Stuart McCloskey is a big factor at 12; Charles Piutau is a super athlete and explosive with ball in hand; and Christian Lealiifano, whom I have coached against in Super Rugby, is a really good No 10 with a nice balance of passing and kicking, and equally someone who can take the ball to the line and also play through the line.

“There are lots of different threats, but for us it’s about a heightened awareness around certain areas of our system, and making sure we do it consistently across the 80 minutes.”