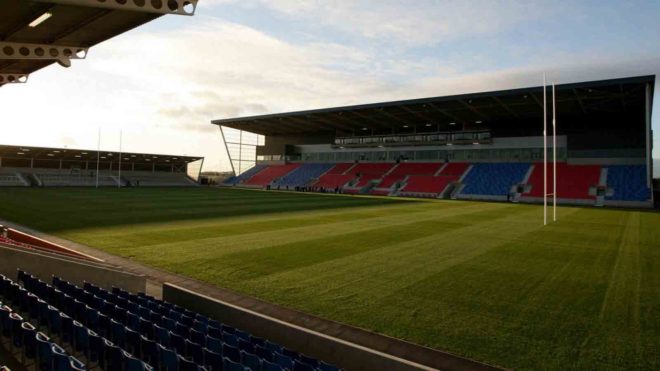 Coach Andy Friend renews his relationship with premiership rugby when Connacht take on Sale in the European Challenge Cup second round at the AJ Bell Stadium on Saturday (3pm ).

The former Harlequins’ coach returned to Australia at the end of a three year stint in 2008, but he says Sale is still a side which will test Connacht’s European credentials.

It was “many moons ago” when Sale’s long-haired and bearded French No 8 Sébastien Chabal terrorised sides – “a nightmare and thank goodness he’s not playing now” – says Friend, but “ they have always been quality side”.

“Back in 2005-06 when I was coaching Harlequins, they were one of the form sides. They haven’t started the premiership as well this year, but they are a proud side and are probably targeting Europe where they can get a foothold.

“We know it’s going to be a difficult environment over there. The home crowd gets behind them, and it will lift them, so we know it will be a tough 80 minutes.

“We are aware if we win, it doesn’t mean we have the pool sewn up, we put ourselves in a healthy spot. Similarly if we lose, it doesn’t mean we’ve lost it, we have a bit more work to do, and will be hoping other things will go our way. So, we know it’s an important game, and our job is to make sure we come back in the driving seat.”

Although struggling in the Premiership, Sale announced their European intentions with a 41-24 victory in France, while Connacht produced a 22-10 victory over Bordeaux-Begles at the Sportsground.

“To take the team they took down to Perpignan is a statement, so it’s ‘you guys want to target Europe, sweet, we are ready for that’.”