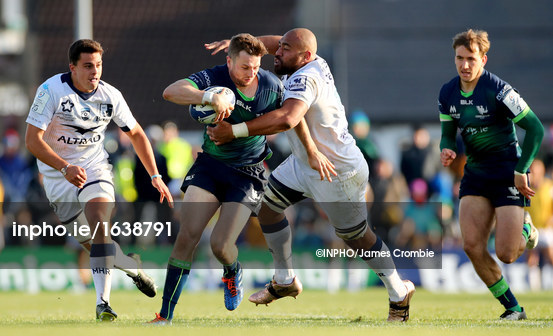 A depleted Connacht put on a monstrous display of grit and determination to over come their imposing French opposition in the first Champions Cup match in the Sportsground for 2 seasons.

Andy Friend and Caolin Blade tell us how they managed to get the win even though 3 players dropped out before the game and another was injured in the first quarter.

Rob Murphy, William Davies and Alan Deegan take you through the game and they are joined by Linley MacKenzie, Niall Sheil and Dave Finn for the post match analysis.