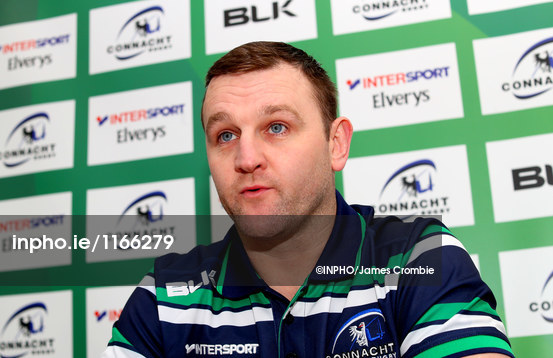 Connacht’s chase for Champions Cup rugby continues at the Galway Sportsground with the Newport Gwent Dragons’ visit on Saturday (7.35pm ).
by Linley McKenzie

Pat Lam’s squad is expecting a full house for this first home fixture in five weeks as they seek to close the gap on the top six in this season’s Guinness PRO12.

Boosted with the availability of all four Ireland internationals, scrumhalf Kieran Marmion, Ultan Dillane, Tiernan O’Halloran and Finlay Bealham, Connacht view the Dragons’ visit as a must-win. After losing to the Welsh outfit earlier in the season, anything else is unacceptable.

Thus it is a well-timed fillip to have Dillane back for the first time this year – the lock having recovered from an ankle injury suffered in Connacht’s defeat to Ulster in December. And with more players coming back from injury, including the influential Bundee Aki, Connacht are looking in a much better position for the next nine crunch fixtures.

Last weekend’s hard-fought win over Cardiff was pivotal in Connacht’s seasonal ambitions, and with the international quartet available, backs coach Conor McPhillips is “definitely happy”, particularly when up against a Dragons side stinging from a hammering at the hands of Munster last weekend.

“Marmion was playing really well before he went away and brings a real tempo to the game, Tiernan [O’Halloran] drives our counter-attack game from the back, Ultan brings physical presence up front, and again Finlay has been doing his job in the set piece. They don’t take their places for granted and work hard during the week, so there is a good buzz about the place.

McPhillips is hopeful Aki will be available in the next two weeks.

“We’ve had a tough time with injuries, but when we get these guys back, it’s almost like a new signing, and Bundee’s presence on the pitch – we know his physical presence – but it should never be underestimated how much a senior player he is. He is a leader, and he drives the players around him, so it is a big lift when any of these guys come back, especially Bundee.”

McPhillips says Connacht now need to continue the momentum from last weekend’s 19-13 win, their first double over Cardiff and their first on a 4G pitch after O’Halloran’s drop goal sealed victory just minutes before full time.

“Cardiff have been a bit of bogey team away, so we are very happy to get the points in this block, which is important to us. It gives us massive confidence going into the next few weeks.”