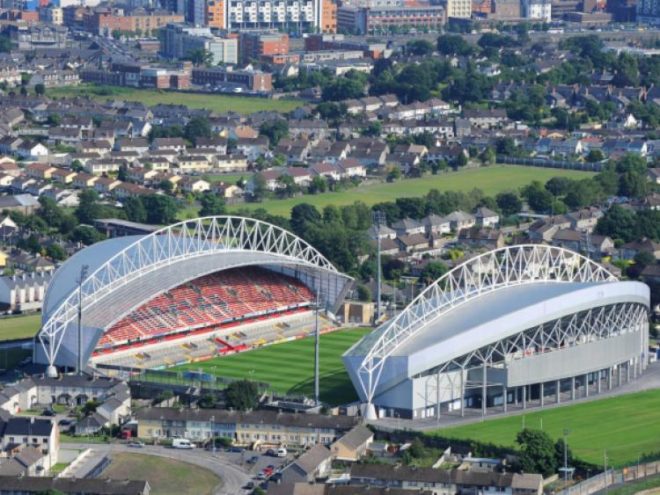 Munster, at home, and second in the Conference A table, will be favourites to bag an eighth PRO 14 win this season, but Connacht, with a fair wind beneath their sails right now, have every chance of causing an upset if they continue to play with the pace, intensity, and accuracy that saw them overcome Ulster.

Connacht’s recent performances have lit a spark in this interprovincial series, and despite spurning a golden opportunity to see off Leinster on New Year’s Day, Kieran Keane’s side will still head to Limerick knowing this is a game they can win.

The negative is that Connacht is expected to be shorn of its current trio, Bundee Aki, Ultan Dillane and Kieran Marmion, due to required rest days for internationals. All three put in big shifts in the RDS, but Keane will be able to call on Pita Ahki, having returned from his wedding in New Zealand, Quinn Roux, rested last week, and James Mitchell, all waiting in the wings for action.

While there were no major injuries following that bonus-pont defeat to Leinster, Cian Kelleher was replaced in the opening half game with an HIA and will not be available due to the five-day turnaround – similarly Munster’s Billy Holland.

“We have come through a series of big games and some guys have seen a lot of game time,” says Keane. ” Our internationals in particular are due a break especially with the Six Nations just around the corner.”

However, he says, the squad is in “a really good place at the moment”.

“Obviously we felt we could and should have won against Leinster and we came very close. We did the review during the week, we identified where we came up short and now we move on.

“The performance and effort levels from the boys over the past few weeks has been top quality and, particularly in the interpro series, we have seen some real character. We are going to see some changes in personnel for the Munster game so there will be opportunities for other guys to show what they are capable of.”

In addition to losing Billy Holland, Munster coach Johann van Graan is waiting on several players before finalising his squad with Calvin Nash (hip ), Niall Scannell (ribs ) and Tommy O’Donnell (shoulder ) to be assessed later this week, while James Cronin and Ronan O’Mahony have returned to training.

Munster, having let slip a 0-17 half-time lead to lose 24-17, will be determined to make amends, and with a strong set piece and maul, they will test Connacht up front. However Connacht will look to stretch Munster’s defence, particularly out wide where Matt Healy and Niyi Adeolokun have the pace.

“Munster will be hurting after their two games over the Christmas period, and at home they will be a massive challenge,” says Keane. ” They have quality all over the park and I’m sure they will be really determined to get back to winning ways before they get back to European competition.

“We will continue to do what we have done all season. We will prepare well and we will try to impose our game plan on the game. It will be a huge test and a huge opportunity for our guys.”

Keane’s side, too, is smarting having left a win behind them in the RDS. Camped on Leinster’s line and going through phase after phase in the final five minutes, Connacht had possession and the chance to create the winning score. Unfortunately they lacked the necessary wherewithal against a resilient Leinster defence when it mattered.

“It was a lack of composure,” says Keane. “The boys started doing one-off stuff and you can’t ask people to be mindreaders at the best of time. And the opposition was putting a lot of heat on at the same time, so yeah, it was courageous, but unfortunately emotion took over.”