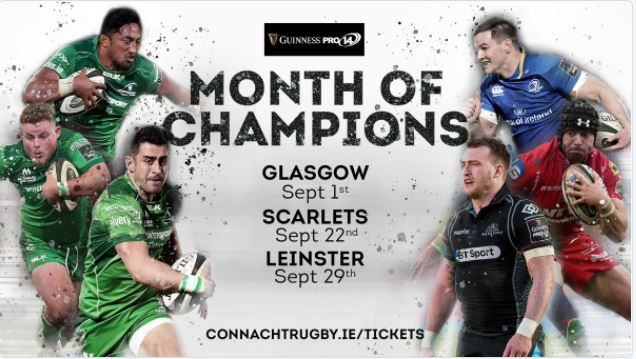 Glasgow will be tough
Ireland’s Bundee Aki and Kieran Marmion are unavailable, but Tom Farrell, who stood out last season, has already formed a strong midfield partnership with new recruit Kyle Godwin. Cian Kelleher and Matt Healy have excelled in pre-season, while youngster Paul Boyle has shown his talent in the back row. New captain Jarrad Butler (ribs ), Eoin McKeon (shoulder ) and Sean O’Brien (calf ) missed last weekend’s fixture due to knocks, Gavin Thornbury is back training (shoulder ), while it is likely to be too soon for Tom McCartney (ankle ) or new recruit Colby Fainga’a. Still to arrive is Sevu Reece, the Waikato winger from New Zealand, who is still involved in the Mitre 10 Cup.