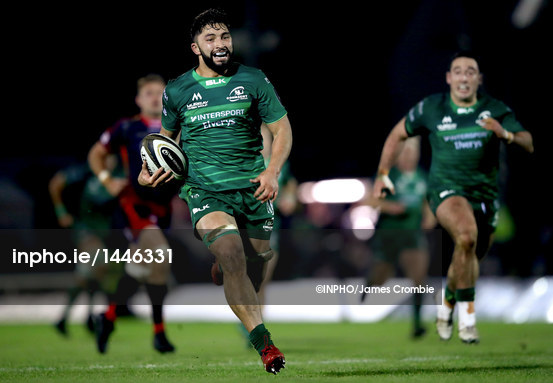 Connacht racked up a 5 try victory over a disjointed Dragons to keep them in the hunt for Champions Cup rugby next season.
With William Davies on commentary duty, Alan Deegan is joined by Emmett McNamara, Craggy’s chief matchday editor being let out from behind the laptop, to take you through the match.
Commentary team stats man Danny Deegan, and Craggy regular Dave Finn join Emmett and Alan on post match analysis.
We hear from Colby Fainga’a and Andy Friend in the post match press conference, and William also caught up with Dragons coach Bernard Jackman.