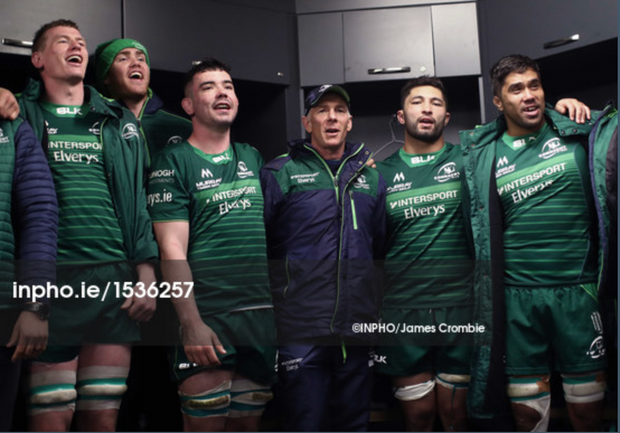 The general feeling among Connacht fans and anyone with an interest in Connacht rugby is that Andy Friend has had an excellent first season in charge of the Western province. Let’s see how the facts and figures of the season back up that feeling.

Andy Friend is the only coach in his first year to have a positive Win/Loss ratio, and a positive Tries For/Against ratio, in the PRO14 since the 2004/05 season, when the championship started the full home and away fixtures.

What makes Friends’ first season even more impressive is that there is only one other season with a positive win/loss ratio – 2015/16, and it took Pat Lam 3 years to get to that winning season.

Although Friend managed to get Connacht to a Challenge Cup quarter-final, he has only the 3rd best record for a first-year Connacht coach in Europe behind Kieran Keane, who went unbeaten in the pool stages before losing a home quarter-final to Gloucester last season, and Michael Bradley who got Connacht to a Challenge Cup semi-final, losing that over two legs to Harlequins in 2004.

Having said that, his side achieved qualification for Champions Cup rugby under their own steam for only the second time ever.

The stats in the table above make all the more fascinating reading when you consider that Andy Friend used 50 players during the course of the season, although that figure drops to 46 players used in the PRO14.

The positive points differential of +81 is only the 4th time in PRO14 history that Connacht have scored more points than they conceded during the season, Pat Lam achieved that feat twice (+28 in the 2014/15 season and +101 when winning the championship in 2015/16 season), while Steph Nel managed it in his first season, (+55 over 6 matches), but the caveat being that Connacht beat Caerphilly 62-0 that season.

Not only did Connacht play expansive, exciting rugby, they also played clean, disciplined rugby which saw them top the Fair Play League table:

Room for Improve
The one major area where Friend can improve is in the Interprovincial series.

Winning only 2 of 7 games versus the other provinces this season, which although it beats the historical average of 1.3 wins per season, it only matches the average of the previous 5 seasons.

Connacht have only one season with a winning record since the professional era started in 1995, that was the championship-winning season, winning 4 of 7 under Pat Lam.

Kieran Keane had 50% record in his only season with Connacht, while Steph Nel also managed a 50% season in 2002/03, but that only involved 2 matches.

Conclusion
Andy Friend has set himself very high standards for next season, and the extra pressure of Champions Cup rugby is going to ramp up the challenge even further, but there is no reason to believe that Connacht cannot continue on their upward trajectory under this immensely popular head coach and top quality coaching and backroom staff.