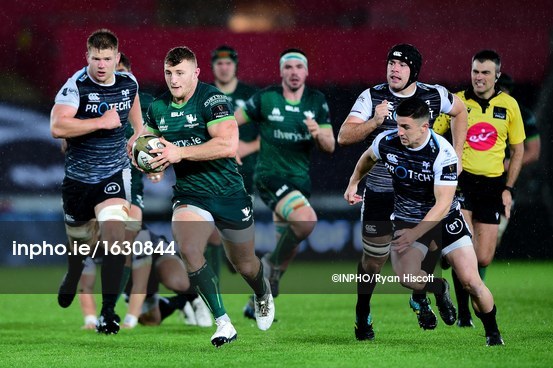 Connacht continued their winning streak with a good win in Swansea with a 20 points to 10 victory over the Ospreys.

Andy Friend and Conor Fitzgerald talk to William Davies in the post match press conference while William is joined by Alan Deegan to discuss the impressive performance by a much changed Connacht over an admittedly depleted Ospreys.

We also hear from William and Alan from a pub in Wales where they watched the RWC Final in a crowd dominated by South African supporters.