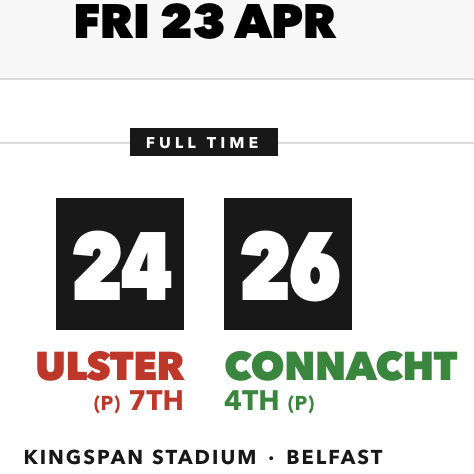 Who knew how important the new law allowing the captain to challenge a refereeing decision would be in changing the result of a match, well now we know. Connacht came from 10 points behind in Belfast to record only their second win in 61 years away to their northern neighbours while also securing their first ever bonus point win in the Kingspan Stadium.

Rob Murphy and William Davies take you through the game and we hear from Dan McFarland, Andy Friend, Caolin Blade and Eoghan Masterson in the post match press conferences.

Rob and William are joined by Alan Deegan to dissect a result that gives Connacht a fighting chance to make a go at winning the Rainbow Cup.