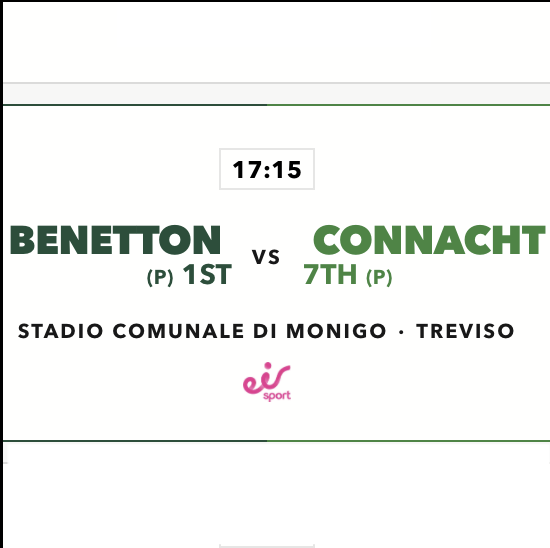 Denis Buckley will become only the 3rd player to play 200 times for Connacht when he takes the field against Benetton in the Rainbow Cup in a game that sees the Italian side looking to keep their unbeaten record as they top the Rainbow Cup table.

William Davies was asking the questions at the press conference where Denis was joined by Connacht defense coach Pete Wilkins.

Linley MacKenzie and Danny Deegan join host Alan Deegan to wax lyrical about the best prop in Ireland not to be capped, so far, talk about the possible loss of Sean G O’Brien to Exeter, how Jarrad Butler is well worth a punt to get capped for Ireland soon as well as previewing the match in Italy.