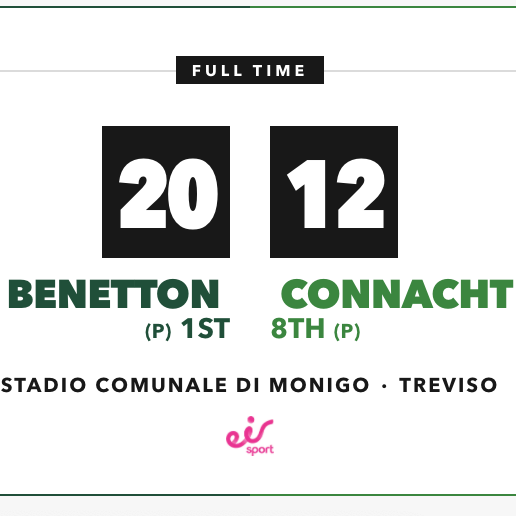 Benetton kept their hopes reaching the Rainbow Cup final firmly on course when a dogged win over the maddeningly inconsistent Connacht team in Treviso.The visitors lost the man earning his 200th cap, Denis Buckley, after only 32 seconds which had a massive impact on the game as the majority of the 15 penalties that Benetton won in the match came at scrum time, losing Abraham Papali’i to yet another red card didn’t help either, but the home side were deserved winners.

We hear from a very honest, as always, Andy Friend and Tom Daly in the post match interviews as Rob Murphy, William Davies and Alan Deegan discuss yet another disappointing display after a big win from the men from the West.