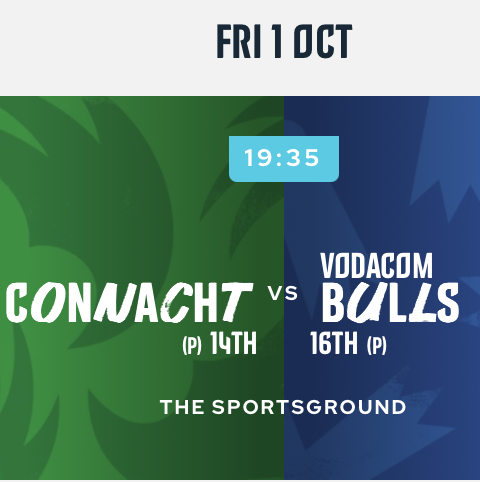 This week’s podcast sees the return of our South African correspondent, Morgan Piek, to get the view of how the URC is being viewed in that rugby mad country as well as his thoughts on how the Bulls will react to the comprehensive defeat to Leinster.

We hear some of the Connacht press conference highlights with Tom Daly and Pete Wilkins as well as the thoughts of former Munster player, now Bulls flanker, Arno Botha.

Galway Bay FM rugby correspondent William Davies joins host Alan Deegan to reviews some of the stats from the Cardiff match, quickly pass over the defeat of the Irish Women to Scotland in the WRWC qualifier and then preview what looks like is going to be a tough outing for Connacht against the Bulls in the first URC match in the Sportsground this season.