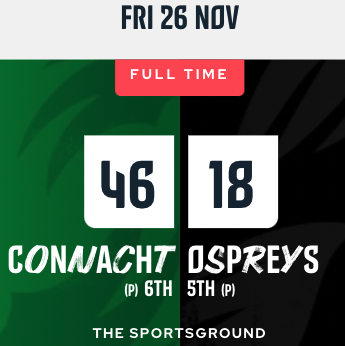 Connacht returned after the early season URC break at the same pace as they entered it, playing some astonishingly good rugby and all the more astonishing considering the woeful weather conditions.

Alan Deegan hosts this slightly shorter, weather affected, match day podcasts where we hear from William Davies, Dave Finn and Linley MacKenzie as they give their thoughts from before, during and after the match and we also hear from a very satisfied Andy Friend and the man who celebrated his 150th appearance Dave Heffernan.