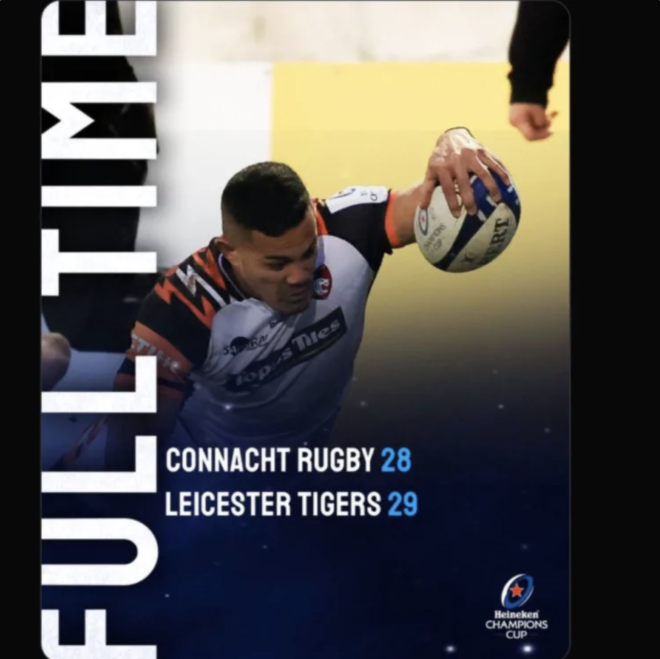 Well that was pretty gut-wrenching but the saying goes that you learn more from your defeats than your victories, well lets hope Connacht learn some huge lessons from this.

We have a bumper podcast, with the voices of Rob Murphy, William Davies, Niall Shiel and Dave Finn all joining host Alan Deegan in trying to make sense of how Connacht managed to throw that one away. We also hear from Connacht legend Michael Swift as well as the post match thoughts of Andy Friend, Niall Murray and Leicester’s Steve Borthwick and a cameo appearance from BBC Leicester rugby correspondent Adam Whitty.