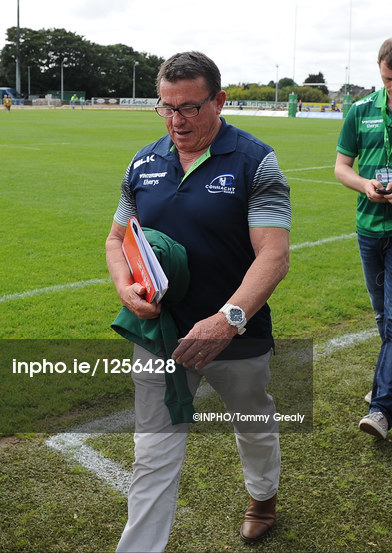 Connacht gave Kieran Keane a winning start in his first home match with a 3 tries to 2 defeat of Pat Lam’s Bristol on a perfect day for rugby at a pristine Sportsground on Saturday.

There are plenty of work-ons before the visit of Glasgow next Saturday, but what was good by the men in their new turquoise away strip was very good. 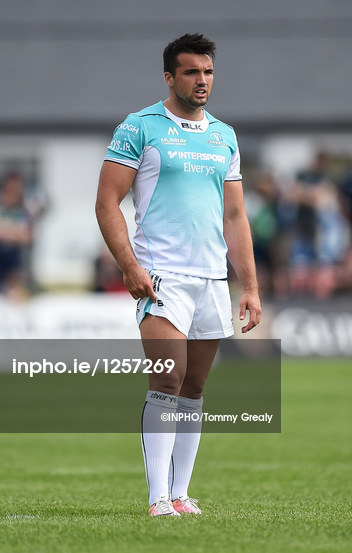 They showed some much improved handling skills across the backline. Ball presentation at ruck time was immaculate, with new signing Jarrad Butler providing plenty of skill, speed and energy in this area in particular.

Excellent support lines for the numerous line breaks that were made by the likes of Matt Healy, Darragh Leader and Cian Kelleher caused the opposition untold problems throughout the match.

Healy was heavily involved in the early breakout of defense that led to debutant prop Peter McCabe barrelling over for the first try on 4 minutes.

The home side were looking very dangerous with ball in hand and had the visitors in all sorts of trouble for the rest of the 1st quarter.

However, the scrum was a cause for concern as former Northampton prop Soane Tonga’uiha had Finlay Bealham struggling on each occasion that the two sets of forwards packed down against each other.

It allowed Bristol to alleviate Connacht pressure on more than one occasion and indirectly led to their first try.

Connacht stole a ball from a Bristol lineout that had come about after a scrum penalty but an ill-timed pass in mid-field allowed the alert David Lemi to intercept and saunter under the posts to put Bristol on level terms.

The rest of the half was something of an incoherent mess with only flashes of skills from both sides to keep the biggest ever crowd at a pre-season friendly in the Sportsground entertained.

Connacht arrived out in the second half sporting their new European strip, to more mixed reactions among the faithful in the Clan stand. 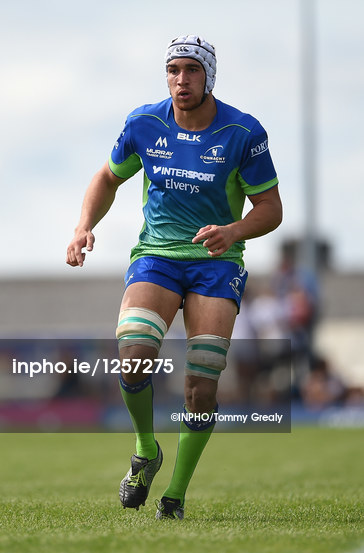 The break had obviously done the home team the world of good as they upped the tempo. Ultan Dillane burst through would be tacklers to get Connacht on the front foot. After some efficient recycling Kieran Marmion sniped over to put Connacht back in front.

The home crowd warmly welcomed Bundee Aki onto the field as he returned from injury earlier than expected and within a couple of minutes Connacht had stretched their lead to 12 points.

Bristol had made a raft of changes in the pack, and the western province took full advantage of their now vastly superior scrum to garner a 7-point penalty try.

The visitor’s were nothing if not ambitious with ball in hand and their ambition led to their second try.

Mat Protheroe appeared to be well covered when he received the ball just outside the Connacht 22. However, he slalomed his way through the slightly soft defence to score a cracking try and there was only a score between the sides.

The home team restored their 2 score advantage not long afterwards.

The second wave of changes had found their feet after a few minutes. Replacement outhalf Steve Crosbie did well to get the ball to zippy new signing Rory Scholes for the Ulster man to snaffle his second try in two matches for his new team.

That was the final score of the match, Connacht winning 24 points to 14.

Eoin Masterson grew in stature the longer the game progressed.
Eoin Griffin was steadiness personifies while Craig Ronaldson and Jack Carty provided calm, assured control while they were on the field.

Tom McCartney, Andrew Browne and John Muldoon showed controlled, aggressive leadership throughout.
Bundee was a bundle of energy. While the rest of the substitutes brought fresh impetus to what was an impressive display of a team who really worked hard for each for the whole match.

Both KK and Jarrad were effusive about the vocal support they received from the home crowd, they ain’t seen, or heard, nothing yet.