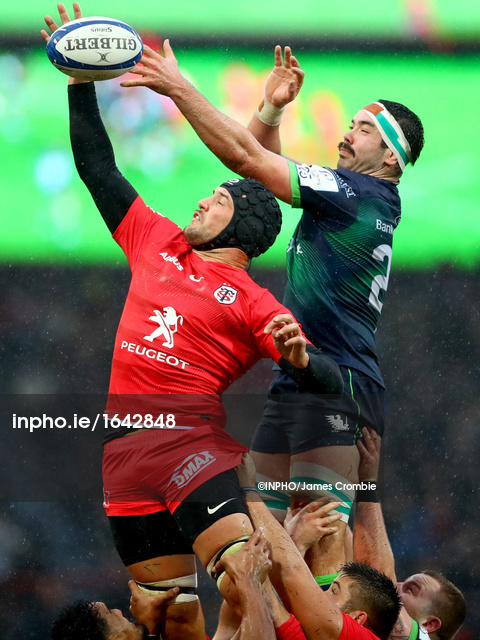 It was a real David vs Goliath match at the weekend in the south of France. While Connacht put it up to Toulouse for 60 minutes, the French champions physical prowess and experience in this competition shone through in the end, earning them the try bonus point with the last play of the game.

On average this season Connacht give away 8.6 penalties per game, but that average rises to 11 in away matches.

The majority of those 13 penalties were forced by the power of the Stade Toulousain pack, with 3 being conceded at scrum time while there were 4 ruck or maul penalties.

The Connacht lineout has functioned like a well-oiled machine for most of this season, however it malfunctioned against one of the best lineouts in Europe. Toulouse won all 16 of their lineouts and stole 4, leaving Connacht with a 69% success rate, their lowest for the season. For the second week in a row the Connacht lineout failed to steal an opposition throw, which is surprising considering that they average 4 steals per match in the PRO14.

Connacht have played 8 games this season, 4 at home and 4 away. The 4 away games have been played in torrential rain, while the home games have been nearly perfect conditions. So with Connacht’s average penalty concession rate at home nearly half of their away rate, is the difference down to home field advantage or is it that they prefer better weather?