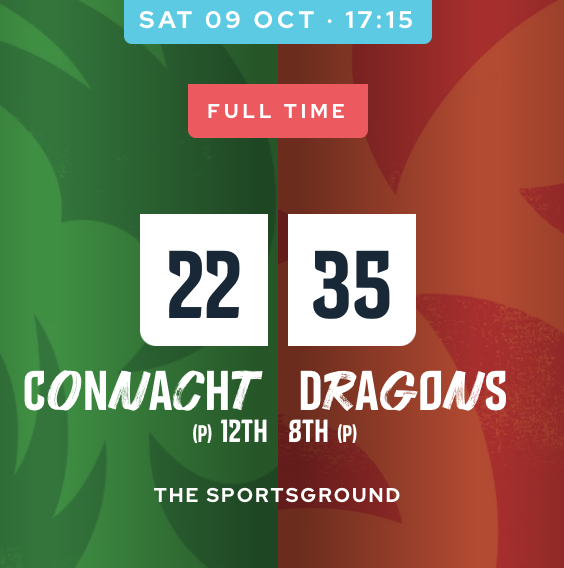 The only consistent thing about Connacht is their inconsistency. They had enough territory and possession in the first half to have put the game beyond the Dragons, but were given a lesson in game management in the the second half as the visitors deservedly won their first match in the Sportsground since 2004.

We hear the post match thoughts of Andy Friend and Paul Boyle as Rob Murphy hosts the podcast with guests Dave Finn, Linley MacKenzie and Alan Deegan, while we get the in-match thoughts from William Davies.