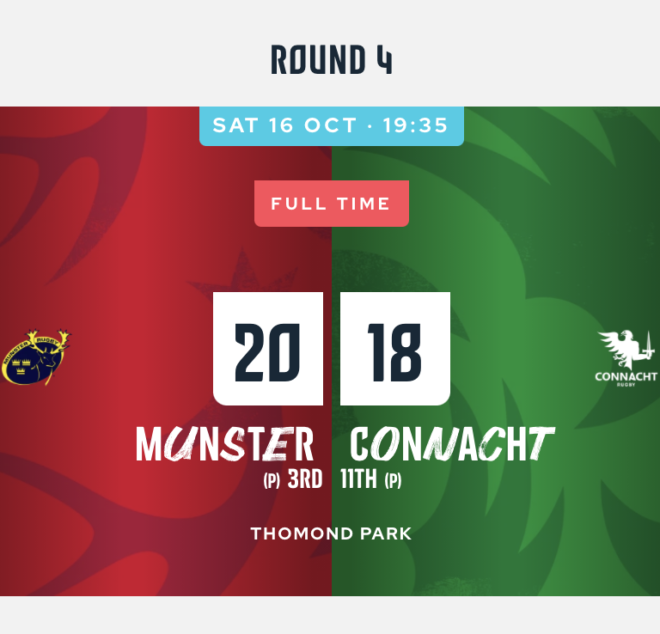 It was an epic URC game in Thomond Park with Munster managing to sneak past Connacht with a late, late try after the visitors had forced themselves in front with a few minutes to go.

Connacht’s consistent inconsistency continues with another massive performance in Thomond Park, that’s 3 one score games in a row between the sides.

The ball didn’t bounce Connacht’s way, the 50-50 decisions appeared to go against them, as Andy Friend so eloquently discusses in the post match press conference.

As well as Andy Friend and Tiernan O’ Halloran, we hear the thoughts of Irish Time rugby correspondent Gerry Thornley on how Connacht are still get the raw end of the stick on tight decisions in Interpro matches.