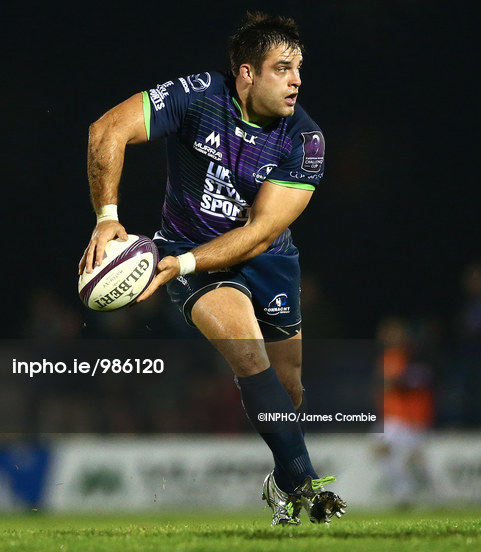 Connacht really needed to just get through their European Challenge Cup tussle with Brive. Still intact, still on track in terms of momentum ahead of the mother and father of inter-provincial derbies that awaits them this weekend.

They achieved their goal. Avoiding defeat meant the win streak is now at seven. The wind remains in their sails and the tall stands of Thomond Park are coming into view.

Saturday wasn’t a day to worry about bonus points, although they should have had one or denying losing bonus points. It was for getting the win and taking stock.

The stocktaking however has yielded some worrying results. Most notably, Nepia Fox Matamua who is sidelined with what looks like a pretty serious knee injury. A natural openside is key to Lam’s plans and his two first choice options are now out.

Andrew Browne, Ben Marshall and Eoin McKeon all trudged off at different points as well. In a frantic finale here, Connacht had five front row forwards on the field and found themselves desperately defending a four point lead in their own 22.

They didn’t break and didn’t lose despite all the worries. They head south next Saturday with real confidence and a bucket load of wins to back that up. This is year three under Pat Lam and the improvement continues.

The influence of Dave Ellis, Andre Botha and Paul Bunce cannot be underestimated while new forwards coach Jimmy Duffy seems to have picked up where Dan McFarland left off. Conor McPhillips remains a key cog in the area of analysis as well as in his new coaching role.

Lam is in his element at the moment and the management team he has assembled are delivering behind the scenes. The trip to Russia and the fiasco of the journey home seems to have only galvanised the squad further.

In two European games, 28 players got a start, these are uncharted waters. On the Challenge cup front, Connacht are sitting perfectly with back to back fixtures against Newcastle up next in mid December.

They are targeting top spot and a home quarter final and in a tight group they have a fighting chance.

After a scoreless first half hour on a crisp night at the Sportsground, the game came to life with a Brive pushover try. That sparked a response and a fine try from Rory Parata after a Jack Carty crossfield kick.

The Athlone out half notched two penalties for an 11-6 half time lead and when second row Ben Marshall got over in the corner early in the second half, all seemed set for a romp.

Brive had other ideas and thanks to their well equipped replacements bench came back at Connacht forcing them to work hard for the points.

First with try from Benito Masilevu made by some superb good work from Alifeleti Mafi and then late on from Sevanaia Galala’s try that made it a four point game.

In between those two tries, Connacht probably should have put the game away. Kieran Marmion scored a brilliant third try. Made by some deft hands from the ever improving Parata and Robbie Henshaw.

They missed out on a fourth with Tiernan O’Halloran deemed to have been held up over the line despite his protests. Henshaw later deemed to have knocked on as he got over in the corner. Fine margins and such with no TMO available to adjudicate.

The build up to the Munster game this week has been a little different than normal. Away ties against fellow provinces for Connacht are usually straightforward storylines.

One sided games are expected for the most part and they are rarely a season highlight. Lam has changed a lot since his arrival but he hasn’t managed to address the provinces inability to perform in Limerick, Dublin or Belfast.

In the 37 away games against Irish provinces since that day, Connacht have drawn one (against Munster in 2005) and lost 36. It truly is an astonishingly bad run.

Lam’s men have broken a lot of barriers since his arrival in 2013. They’ve won away to Toulouse. Finished with a record 10 wins in the PRO12 and they are now in the midst of their best ever start to the season.

Top of the table in November heading to Thomond Park to take on the side in second. What better time to break this hoodoo one might say.

If this Connacht team can smash through another defining marker, then all bets are off on what they can achieve.

Yet the more likely scenario is a strong display belied by a Munster win. That will mean Cardiff away the following week becomes even more important.

With a home tie against Ulster and trips to Leinster and Llanelli early in the New Year looking like monumental obstacles. It’s about to get very tough very quickly.

The club rugby season has really only just got started. Connacht have earned themselves a seat at the top table thanks to a prolific try scoring record, a strong set piece, the emergence of more young talent and a composure in seeing out tight games. The sense of trepidation amongst all ahead of this weekend is understandable yet the confidence emanating from the camp has foundation.